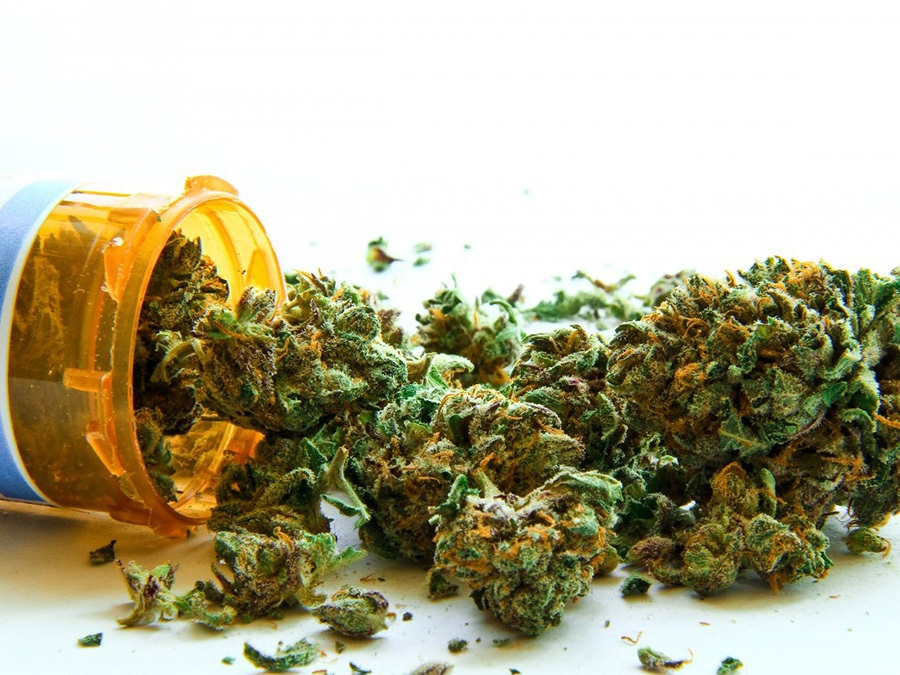 On November 8, 2016, Amendment 2 in the State of Florida passed with 71% of the vote, making Florida the 28th state along with the District of Columbia to legalize medical marijuana.[1] This Amendment added a new section to Florida’s Constitution entitled “Medical marijuana production, possession, and use.”[2] To become a qualifying patient under Amendment 2, a Florida physician must issue a letter of certification that the patient is diagnosed with a debilitating medical condition such as cancer, epilepsy, glaucoma, HIV, AIDS, PTSD, ALS, Crohn’s, Parkinson’s, MS, etc. After diagnosis, the patient can obtain an identification card from the Florida Department of Health (“FDOH”).[3] After receiving the identification card, patients will be able to obtain medical marijuana at “medical marijuana treatment centers,” (“MMTC”) which can produce and distribute marijuana for medicinal purposes. These centers will be regulated by the FDOH, which will have 6 months for rulemaking to determine the regulations that govern medical marijuana. Next, businesses will apply for a selection process that will allow them to begin growing marijuana. Finally, the MMTCs will be able to sell to patients with proper identification.[4]

The Office of Compassionate Use for the FDOH is responsible for implementing the rules regarding medical marijuana and Amendment 2.[5] The FDOH has also been responsible for issuing licenses to organizations to distribute medical marijuana prior to Amendment 2 becoming effective on January 3, 2017. Trulieve (Hackney Nursery in Gadsden County) and Alpha Surterra in the Tampa Bay, area received authorization from the FDOH in July 2016. Modern Health Concepts (Costa Nursery Farms in Miami-Dade County) received authorization in September 2016. On the weekend of December 2, 2016, the FDOH authorized Knox Medical (located in Winter Garden) to distribute medical marijuana for in-home delivery throughout the state.[6] In late December 2016, after a year of litigation in administrative hearings,[7] McCrory’s Sunny Hill Nursery was awarded the seventh license to distribute medical marijuana within Florida.[8] To date, these 7 MMTCs are the only license holders.

In March 2016, the Florida Senate approved HB 307[9] expanding the 2014 Compassionate Medical Cannabis Act so that once the patient registry (currently has 1,495 patients as of December 22, 2016)[10] exceeds 250,000, the FDOH can issue three more licenses to dispensing organizations.[11] Currently, there are 7 organizations that are allowed to distribute medical marijuana within Florida including: CHT Medical (Alachua County), The Green Solution (Alachua County), Trulieve (Gadsden County), Surterra Therapeutics (Hillsborough County), Modern Health Concepts (Miami-Dade County), Knox Medical (Orange County), and GrowHealthy (Polk County).[12] It is uncertain whether these organizations will have to reapply for selection once the final rules of Amendment 2 are implemented or if the organizations will be grandfathered in.[13] A map of all seven dispensing organizations and their territories can be seen at: http://www.floridahealth.gov/programs-and-services/office-of-compassionate-use/dispensing-organizations/index.html.

Amendment 2 gives the Florida Legislature 6 months to revise the current medical marijuana laws and implement the new laws within 9 months.[16] On January 17, 2017, the Office of Compassionate Use for the FDOH began the rulemaking process by issuing a notice of public hearings for the text of proposed rule development. The purpose and effect of this rulemaking procedure is to begin implementing the provisions of Article 10, section 29 of the Florida Constitution, to set out clear guidance on use of terms and implementation of the amendment that went into effect on January 3, 2017.[17]

The next day after the FDOH issued the text of the proposed rules, the authors of Amendment 2 began their criticism. Ben Pollara, the campaign manager of the political committee advocating for Amendment 2 stated, “the rule is basically ignoring the text of the constitutional amendment at almost every point of the way.”[18] A main point for the advocates of Amendment 2 was to prevent the Florida Board of Medicine the authority to decide which patients qualify for medical marijuana licenses, instead of individual doctors.[19] Amendment 2 allows physicians to order medical marijuana as a treatment for patients and issue licenses to patients with debilitating medical conditions and “other debilitating medical conditions of the same kind or class as or comparable to those enumerated, and for which a physician believes that the medical use of marijuana would likely outweigh the potential health risks for a patient.”[20] However, the FDOH’s proposed rules give sole authority to the Florida Board of Medicine to determine what other diseases, and ultimately what patients, qualify for a medical marijuana license. Mr. Pollara responded, “This is not one of those things that is up for interpretation by a court or anyone else.”[21]

Another glaring issue that the proposed rules highlight is that there is no mention of granting additional licenses for MMTCs. Currently, only 7 vendors are licensed MMTCs that are supposed to serve an estimated 500,000 patients who would be eligible under Amendment 2.[22] Those who wish for the FDOH to allow for more licenses claim that without more licenses, a monopoly will result and will favor only the current licensed dispensing organizations. Amendment 2 requires the FDOH to issue new rules regarding Amendment 2 before July 3, 2017, to finalize the regulations. Thereafter, the Florida Legislature will weigh in.[23]

On January 19, 2017, Florida Senator Rob Bradley introduced SB 406 to the Florida Senate floor as a proposed roadmap explaining how the Florida Legislature will implement Amendment 2 once the FDOH releases the final rules regarding Amendment 2 in July 2017.[24] The highlights of SB 406 are: (1) qualifying patients would include those who are issued a physician certification and would require that they be registered with the Florida Department of Health; (2) physicians would be allowed to issue medical marijuana registration cards to qualified patients for chronic nonmalignant pain if the physician diagnosed the underlying debilitating medical condition as the cause of pain; (3) physicians would be able to issue a 90-day supply of medical marijuana to qualified patients instead of the currently allowed 45-day supply; (4) physicians would be required to undergo a 4-hour course explaining how and when qualifying patients should be issued a medical marijuana registration card instead of the current 8-hour course; (5) the FDOH would be required to issue final rules regarding Amendment 2 by July 3, 2017, and the FDOH would be required to begin issuing medical marijuana registration cards by October 3, 2017; and (6) after 250,000 qualified patients are registered with the compassionate use registry the FDOH would be required to issue 5 more licenses to distribute marijuana, one for a recognized member of the Black Farmers and Agriculturalists Association, and 5 more licenses to distribute marijuana would be issued each time the patient registry reaches the following numbers: 350,000, 400,000, 500,000, and each time thereafter that an additional 100,000 patients are added to the registry.

On February 1, 2017, SB 406 was referred to the Florida House Health Policy Appropriations Subcommittee on Health and Human Services for further consideration.[25] We will continue to monitor the progress of SB 406 and provides updates as they become available. [26]

On February 1, 2017, Senator Jeff Brandes introduced SB 614 to the Florida Senate floor as an alternative to Senator Bradley’s SB 406. SB 614 aims for less overall regulation and attempts to answer the call that voters were looking for when they approved Amendment 2.[27] The highlights of SB 614 are: (1) repealing the Compassionate Use Act of 2014; (2) it would give discretion physician to prescribe a medical marijuana license for other diseases or conditions that they believe are debilitating medical conditions; (3) paraplegia, quadriplegia, and terminal conditions would be added as debilitating medical conditions; (4) the FDOH must create a physician certification form and make such form available to the public by September 1, 2017; (5) the FDOH would be required to begin registering patients within 14 days of the patient’s submission of the physician certification form; this registration process would be required to begin as soon as practicable, but not later than October 3, 2017; (6) all medical marijuana registration cards would require renewal once per year; (7) the FDOH must create an online medical marijuana patient registry by July 1, 2017; (8) the FDOH must establish the operational standards for the cultivation, processing, packaging, labeling of marijuana, and all other associated responsibilities for MMTCs by June 3, 2017; (9) the FDOH would be required to begin registration of all MMTCs by October 3, 2017; registration for treatment centers would last for two (2) years and would be subject to renewal; (10) the FDOH would be allowed to issue individual licenses for cultivation, processing, retail sales, or transportation of medical marijuana or a MMTC may choose to apply for all four licenses to be a one-stop shop; and (11) no explicit limit on the number of licenses that the FDOH can issue.[28]

On February 16, 2017, SB 614 was referred to the Florida House Health Policy Appropriations Subcommittee on Health and Human Services for further consideration.

[6] Joe Reedy, A Fourth Company Was Just Authorized To Distribute Florida Medical Marijuana, But Not Without Some Hiccups, The Cannabist (Dec. 7, 2016), http://www.thecannabist.co/2016/12/07/florida-medical-marijuana-knox/68909/.