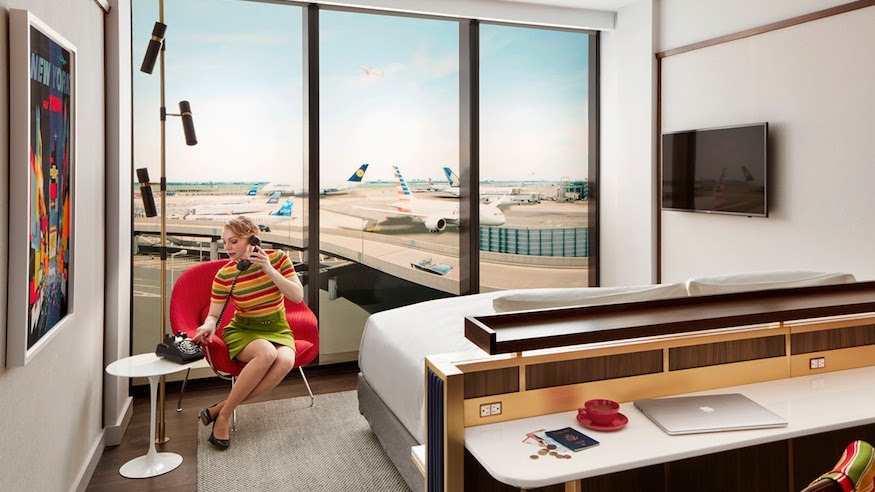 In a booming local hotel market, Miami-Dade County plans to issue a Miami-Dade County Procurement to developers to design and construct two new hotels at Miami International Airport, Mayor Carlos Giménez revealed in a memo to county commissioners this month.

The mayor noted in his memo that the parking deck hotel “is central to all terminals and is a transit core for passengers accessing the MIA Mover and connects MIA to Metrorail, Tri-Rail, Metrobus and the Rental Car Center.”

The second hotel, he revealed, will also serve as a business conference center with exhibition space, premium meeting rooms, and an auditorium.
Both hotels, he said, will be accessible via the MIA Mover or other modes of ground transportation.

The hotels are part of a larger airports Capital Improvement Plan for which the mayor is seeking county commission approval. Part of that approval would be a forthcoming ordinance to delegate authority to the mayor’s office to accelerate “the processing, procurement, award and administration of any contract or agreement” that is related to the program. PortMiami has similar authority already.

The proposal from the mayor makes clear that the current MIA Hotel in the airport’s central terminal core will remain as a third county airport hotel.
That existing hotel has been a frequent source of concern to the administration and county commission over the years as it stumbled under county control. The mayor’s memo does not discuss whether the county or outside operators would run the new hotels, or whether they would operate under the flags of major hotel chains.

Last year the county commission worked to land a top-level firm to manage the existing airport hotel to end a decade-plus battle to replace operators who had drawn severe and intense criticism from a succession of county aviation directors.

The hotel, with check-in at the departure level on Concourse E, has 259 rooms, seven suites and related amenities. The MIA Hotel is on county property so it pays no property taxes.

Booming Miami-Dade hotels are expecting more competition, with 76 hotel projects now in the pipeline, according to STR, which tracks hotel supply and occupancy nationally. The two airport hotels are not yet on STR’s list of projects.

Those 76 hotels would add more than 26% to Miami-Dade’s total hotel room supply of about 56,000. Just 2,070 of those added rooms were in construction in 15 hotels earlier this year, according to STR. But 34 more projects with 5,537 total rooms were in final planning, with 27 more hotels totaling 7,179 rooms in the planning stage.