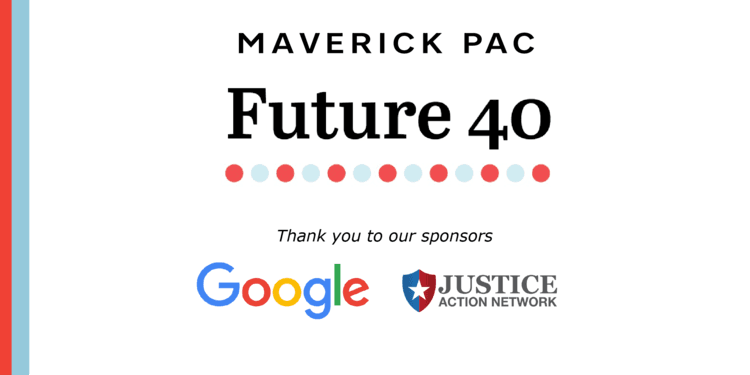 Maverick PAC (MavPAC), the premier national network for conservative young business professionals, recently announced the opening of nominations for this year’s Future 40.  The Future 40 recognizes young professionals throughout the country that embody the next generation of leadership in the private, not-for-profit, and public sectors.

The nomination window opened on August 10th and will close on September 10th. Nominees should be accomplished, conservative young professionals under the age of 40 (as of 7.1.2020). They should not have won the award before or be current members of the MavPAC Chapter Leader or the board of directors. Submit your nominations today to the Future 40 committee.

MavPAC’s esteemed Future 40 committee consists of young professionals throughout the country, including Chairman Luis Andre Gazitua of Gaziuta Letelier. Mr. Gazitua, along with professionals from Washington DC and Texas will help choose the next round of Future 40 recipients. These young professionals will join the ranks of previously awarded persons, some who’ve become Senators, Congressmembers, entrepreneurs, and small business leaders. The committee will announce the winners virtually during the Fall.

MavPAC’s mission is to elect business-oriented candidates for Congress. Members democratically nominate and vote on which candidates the PAC supports. The goal is to develop MavPAC members into the next generation of leading conservative donors, operatives, and candidates. MavPAC prides itself on running a lean operation and members have bundled over 2 million dollars to federal campaigns.