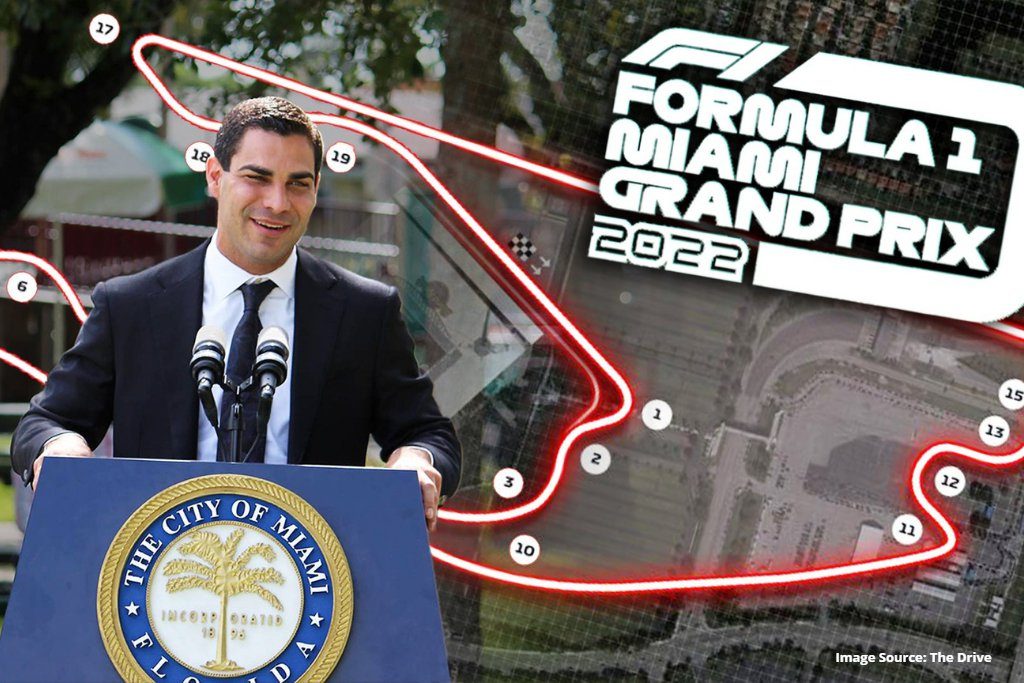 It’s not just the thrill of the race, the financial boost to the local economy, or even the prestige of hosting an international F1 event that drives @FrancisSuarez to bring the Grand Prix to South Florida. It is also a love of racing that long predates his election as mayor. Watching races with his father, former Miami Mayor Xavier Suarez, in the 1980s piqued a lifelong interest that has only been renewed by his viewing habit of the F1-focused series Drive to Survive on Netflix. Suarez’s interest is more than just passing.

But it’s about the financials, too. Mayor Suarez has gained fame as the Mayor of Twitter. His #MiamiTech and #HowCanIHelp initiatives have opened doors for businesses looking to bloom in or relocate to Miami. His stated goal is to make Miami the Capital of Capital. He’s putting Miami at the forefront with the acquisition of this race, among his many other initiatives.

While many cities suffered under the weight of the pandemic, the weather, favorable tax climate, and now the efforts of Mayor Suarez have helped Miami experience boom growth. The Formula 1 Grand Prix will technically reside in the City of Miami Beach. Though it will still bring international visitors to the Magic City, boosting the economy, and cementing Miami's place on the map.

The Drive and North Equity

North Equity, a venture capital firm, has recently diversified its interest in online media, acquiring several new titles. “Our vision is really to take each property and grow them through the tactics of the internet, whether it’s really great SEO (search engine optimization),” managing partner Andrew Perlman said, “really building architecture behind the scenes so that the brands are visible to the world.” Other titles from North include Domino, Bob Vila, Task And Purpose, and Outdoor Life.

The Drive, originally founded as a YouTube channel, became a full-fledged publication in 2015. The publication aims to explain, contextualize and critique the way evolving technology changes how we get around, how the automotive industry works, what it means to be a modern car enthusiast, and more.

In their expansion into Miami, North Equity has capitalized on the assistance of Gazitua Letelier and programs like the ones Mayor Suarez has promoted. As a client, they’ve been able to easily access a wide-reaching network of officials, agencies, and available grant programs. The process of relocation, access to future job seekers, and grant program distributions have all been eased by having a team on their side to manage the red tape, connect with the proper people in important positions, and submit the paperwork and documentation needed.