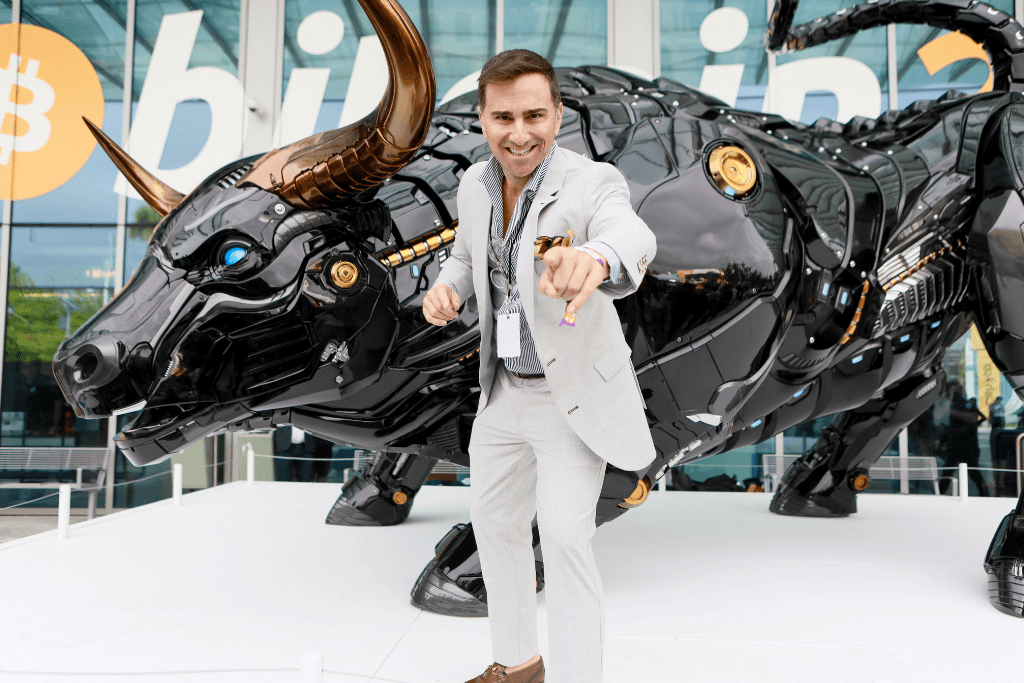 The Miami Bull made its debut at Bitcoin 2022 but bringing it to life required a rather unique team of individuals and local businesses. Gazitua Letelier was honored to help bring together pieces of that team.

Many believe the future is in cryptocurrency, and all signs point to Miami rapidly becoming the world’s Crypto Capital.

Miami Mayor Francis Suarez has publicly stated that cryptocurrencies and the blockchain are significant for the future of our community.

To commemorate this moment, TradeStation Group, Inc. commissioned a unique artwork to help the city of Miami stake the claim that “The Future of Finance is Here.” TradeStation took the symbol of traditional finance, upgraded it, and brought it to Miami. Thus, the Miami Bull was born.

Following the massive reveal at Bitcoin 2022 on Miami Beach, the Miami Bull monument was unveiled by College President Madeline Pumariega and the Board of Trustees at Miami-Dade College Wolfson Campus at the Venture Miami Job Fair on April 14, 2022.

Netflix may feature the entire team in an expected documentary regarding the Miami Bull moment highlighting this milestone for Miami and the cryptocurrency industry.